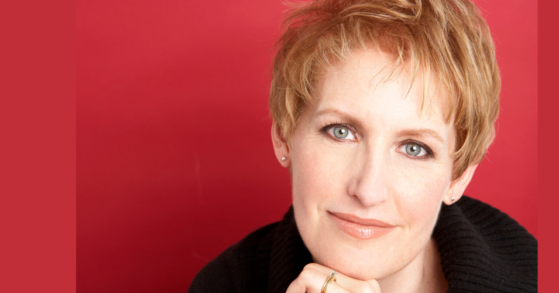 Stephen Sondheim was the titan of the musical stage. Sondheim shaped the modern Broadway stage and redefined the Broadway musical with his new formula. From the lyrics of West Side Story, to the complexity of Company, Sweeney Todd, Into The Woods, and so many more, Stephen Sondheim was a singular musical theater giant!

A salute to Stephen Sondheim, dubbed by The New York Times as a titan of the musical stage. From the original Broadway production of Merrily We Roll Along, to Follies In Concert, and so much more, Liz Callaway’s unforgettable voice is forever linked to the magic of Stephen Sondheim.

“I fell in love with Sondheim music when I was 10 years old, when my parents took me to see my first Broadway show, Company. I brought home the cast album and memorized every song. Little did I know that his music would become part of my DNA.I’ll always be grateful to Steve for taking a chance on me, for his guidance, and for giving me ‘so much stuff to sing!’” Liz Callaway to Playbill Magazine, December 29, 2021

Concert held at the Broward Center for the Performing Arts in the Amaturo Theater.
Season Tickets available now. (954) 335.7002
Single tickets available from September 6, 2022